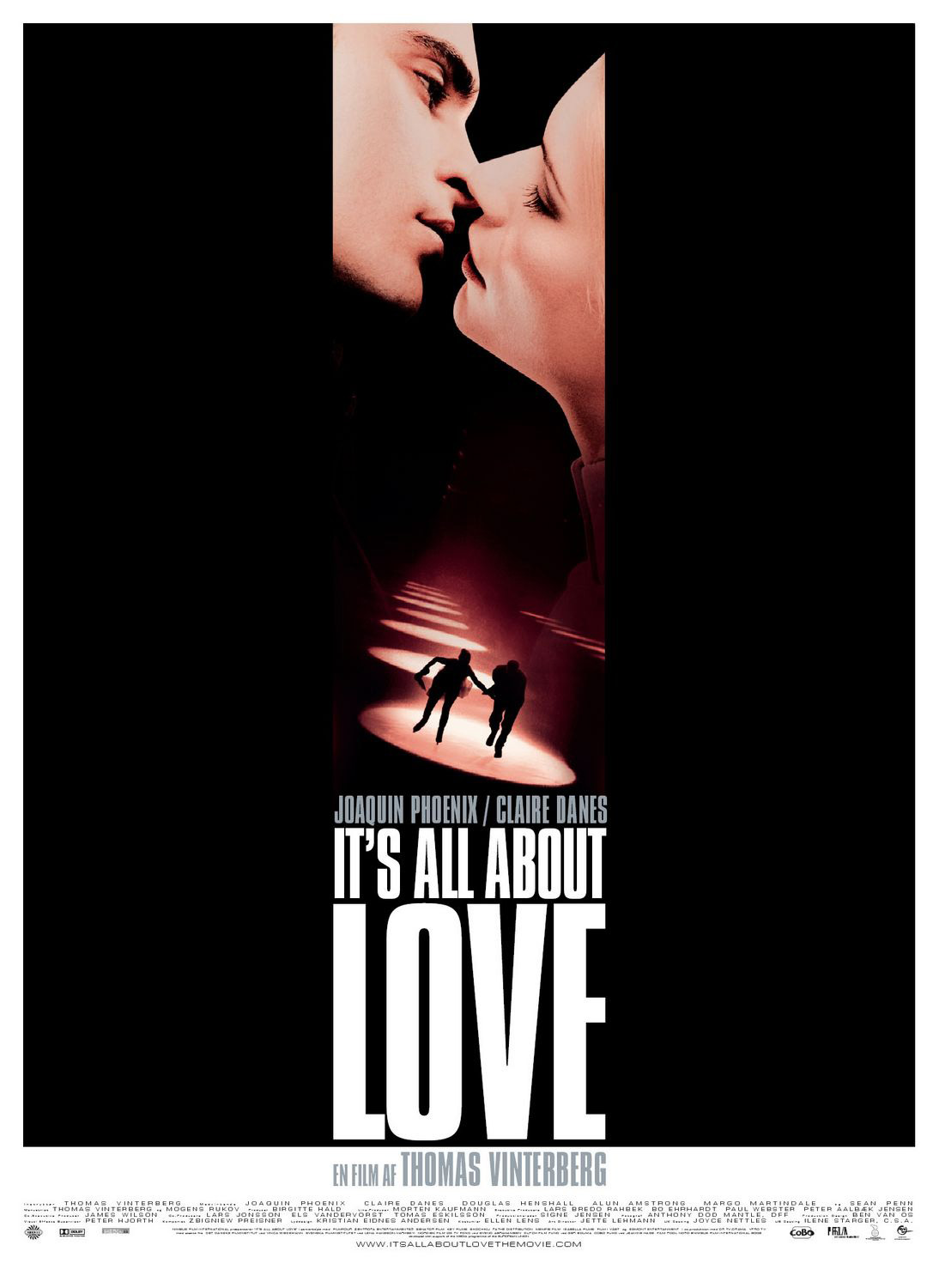 It's All About Love

Thomas Vinterberg’s “It’s All About Love” takes place in the near future and tells the story of two lovers fighting for their love, and ultimately for their lives, in a world out of balance. It is a classic love story with elements of Hitchcockian suspense. John (Joaquin Phoenix) and the world famous ice skater Elena (Claire Danes) have a modern marriage and they have lived apart for several years, John in Poland and Elena mostly in New York. Time has made the distance between them grow, and eventually John goes to see Elena in New York to get her signature on their final divorce papers. Upon arriving in New York, John realizes that strange and unexpected things are happening around Elena. People he once knew as friends seem not to be friends after all. The love he thought was dead blossoms once more. And it’s up to John to save Elena from her fate, if he can.