Trine Dyrholm has won the SVEND-award for ‘Actress of the year’ 2021 for her starring role as Erna in NIMBUS FILM’s WW1-drama ERNA AT WAR in a cast also presenting seasoned cast Anders W. Berthelsen and Ulrich Thomsen in major roles.

Trine Dyrholm stars as Erna, a Danish mother whose mentally-challenged son is drafted into the army and sent to fight on the border between Denmark and Germany. In a bid to keep her son safe, Erna disguises herself as a man, enrolls in the German army and heads to the frontline. “This is definitely Trine Dyholm’s movie – much more is happening in her face than at many battlefields”, as Danish Berlingske Tidende wrote among the many critical acclaims for the feature.

ERNA AT WAR is directed by Henrik Ruben Genz (Terribly Happy, Word of God amo) and based on the novel “Erna at war” by Erling Jepsen with script by Bo Hr. Hansen.

ERNA AT WAR was recorded during the end of the summer 2019 in Denmark, Estonia and Belgium and was released in Denmark in October 2020. 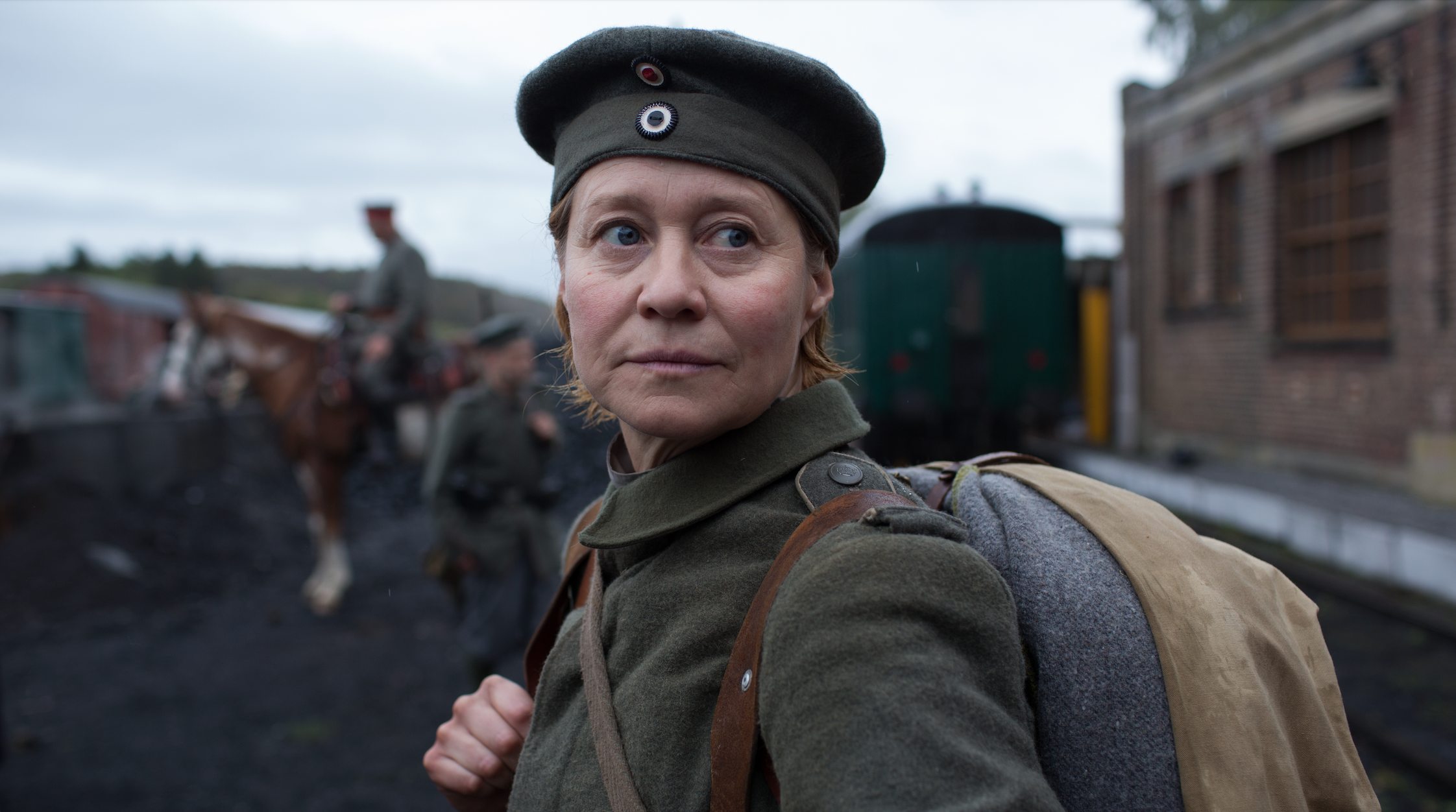