Nimbus Film is proud to announce that MY ROBOT BROTHER has been chosen to participate in the 66th BFI London Film Festival that is being held between the 5th of October through the 16th. MY ROBOT BROTHER will be shown as part of the festivals family program.

The movie MY ROBOT BROTHER is a danish science-fiction movie for the whole family. Its core theme centers around technology and its influence on kids and young adults. MY ROBOT BROTHER takes place in a near hypothetical future, where the climate change issues have been solved, and all children have their own human-like robots that follow them around as personal assistants.

MY ROBOT BROTHER is based on Morten Dürrs childrens book “Robotten kan skide!” (the Robot can poop) and has been brought to the big screen by Frederik Nørgaard, the creator behind family films such as Villads fra Valby, Kidnapped, and Team Albert. The film is produced by Jasmine Hermann Naghizadeh for Nimbus Film, with financial support from the Danish Film Institute and FilmFyn. It is distributed by Scanbox Entertainment, and has Sola Media as its international sales agent. Prior to the film, Niila Games has made a mobile app game for kids, rooted in the universe of the film. You can download the app here: https://apps.apple.com/dk/app/robotbror/id1593850718?l=da

BFI London Film Festival is the UK’s leading film festival, and is an energetic celebration of a diverse and international filmscene, one which attracts a large audience in London as well as in partner-theaters in other major cities in the UK. In addition to this, over 3.000 british and international press- and industry members attend the festival every fall. BFI offers a wide array of quality films, and the much requested showing make it an attractive place for international launch of a film. 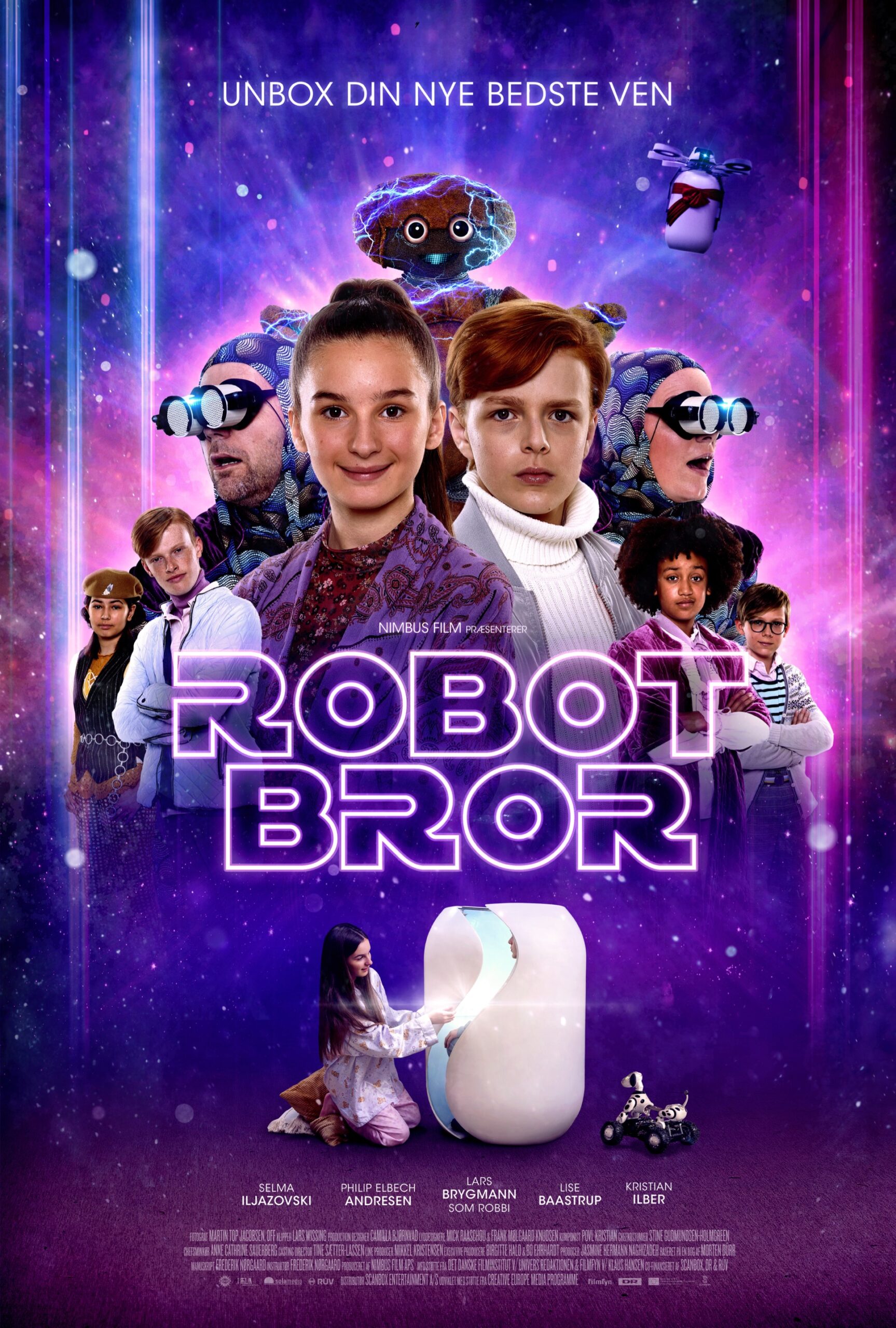